Do you constantly have money problems?
Is your love life not working out?
Do you find yourself repeating the same patterns?
Do you keep attracting “bad boys” or “gold diggers” you know aren’t good for you?
Are you struggling to keep up financially and can’t figure out why things never work out?

These are all themes which could indicate coded ancestral DNA and coded lineage programming passed down from your bloodline creating outcomes you do not want.

There are emotional charges passed down from your ancestors through maternal and paternal lineage which create stress, tension, trauma, and anxiety. This emotional charge is a coded memory of events that happened to an earlier generation in your ancestry resulting in difficulty and trauma.

An example of this would be if your great grandfather owned a bank in 1929 and it failed at the start of the great depression. The emotional charge in his body created by the trauma of financial failure could have been passed down to your grandparent, and further down to your own parent, eventually effecting your own body and state of being as coded emotional memory in your nervous system, DNA and genetics.

This ancestral trauma affecting your immediate family could potentially cause your own insecurities and challenges with business endeavours, struggle with financial independence, and extreme difficulty getting or holding employment.

The good news is that this coded memory can be cleared out of your DNA! You do not have to be victim to this type of programming, memory, and trauma any longer. By clearing out the coded memory in your DNA/genetics, you can stop this cycle for good and prevent it from being passed down to future generations.

Another key example of ancestral trauma comes from those who served in the military or in war. The severe atrocities witnessed in war could have created post-traumatic stress syndrome or other similar conditions such as chronic anxiety and depression. These emotional imprints are often passed down through the DNA coded memory to children and future generations born after the military service. Clearing the emotional traumatic memories prevents them from causing trauma to future generations,

In many cases, (EXCEPT WHEN KARMA PROHIBITS IT) hereditary physical \ conditions in a family (which can be caused by ancestral DNA and genetic lineage emotional trauma) will not manifest in future generations if it is cleared energetically.

I approach these clearings with expanded consciousness and clarity as I create a bridge of support from the galactic core, the center of the universe. With the help of ascended masters, my method is to go back to the start of your lineage and clear it from the beginning of time to the end of time, and to also clear all past, current, alternate, parallel, concurrent, and future lifetimes so that the emotional event of your ancestor is no longer corded to you in this life incarnation, nor is it corded in past, current, alternate, parallel, concurrent, and future lifetimes realities, they will all be completely cleared. My role in this clearing is to call in the ascended masters and facilitate the Ancestral DNA & Genetic Linege Clearings.

There are variations of these clearings to collapse and zero-point painful past life trauma manifesting in this incarnation. For example, suppose you had a past life that ended by drowning on an ocean-liner like the Titanic, you might have an extreme unexplainable aversion to large bodies of water, and this emotional response may also make it impossible to go boating on lakes, ponds, rivers, or even to go swimming in a pool. This aversion to all bodies of water can be collapsed permanently, and zero pointed during an energetic clearing.

Most people are unaware that cellular DNA and genetic lineage clearings can be zero pointed. You can proactively clear these issues and focus on what you are here to do in this incarnation, free from all unwanted trauma. The invocation I do for this invokes ascended masters, and zero-point all the coded memory and remove the emotional charges associated with it. The emotional charges are what creates the trauma, and when it is removed the old programing is permanently dissipated.

Every client has unique needs and requirements, so whatever is requested, I try to help using all the resources I have available. I can work remotely by email, chat, audio/video conferencing, telephone, or in-person. Mentorship training is also available upon request for 6, 12, 18 months terms.

By agreeing to use the services of Medium Paul you agree that you have read and understood that all information is subject to the service recipient’s interpretation. Medium Paul will not be held liable for any interpretations or decisions made by recipients based on information provided during readings. These readings and energy sessions are for entertainment purposes only. All information and/or advice given to you by Medium Paul should not take the place of any medical, legal, or financial advice given to you by any qualified professional. All reading and energy sessions by Medium Paul are not a substitute for medical, legal, or financial advice. You must be 18 years of age to use the services offered on this website, or have written consent from a parent or legal guardian. 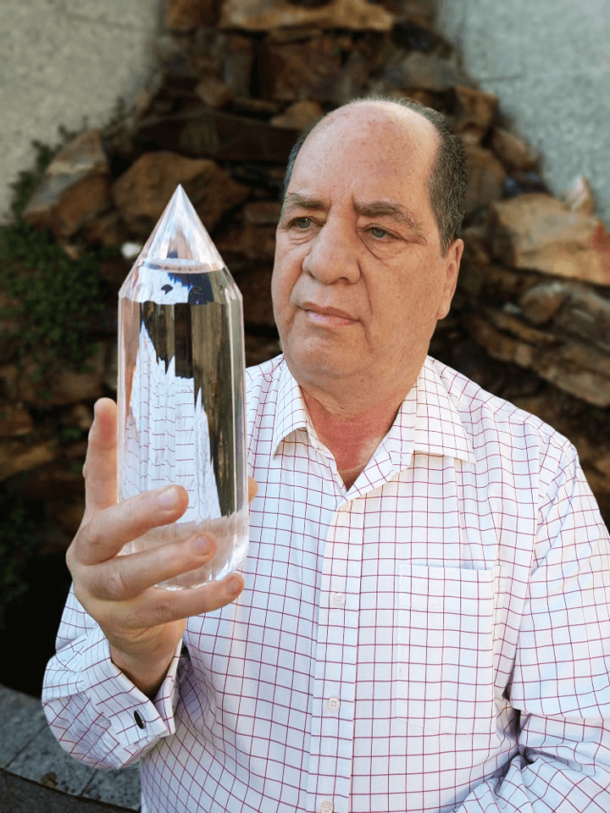 Get Your Introductory Energy Clearing for $50 NOW!

Subscribe to unlock this special promotion! Available for a limited time. Hurry and get yours today!